Anticlastic forming jewellery is a craft that has been used for at least over 100 years. This method provides many ideas for jewellery artists to create fascinating and profitable works of art for their customers.

Bangle making is taken to another level with the Durston bangle anticlastic forming six piece die set. This tool gives one simple method to form bangles in various shapes.


How to use:
1. Secure the mounting die vice bar into your bench vice and chose a die required for forming your shape.
2. Push the die onto the die bar holder and see how you can also turn the die a full 360°, giving a wide flexibility for forming a bangle
3. For anticlastic forming, place your metal into the concave shape and tap with the forming hammer provided, constantly around the metal. Notice now how the bangle develops a concave anticlastic shape
4. With your plain dies, place the metal over the chosen die and tap evenly so the piece wraps its self over die. This will give you a perfect round bangle form. 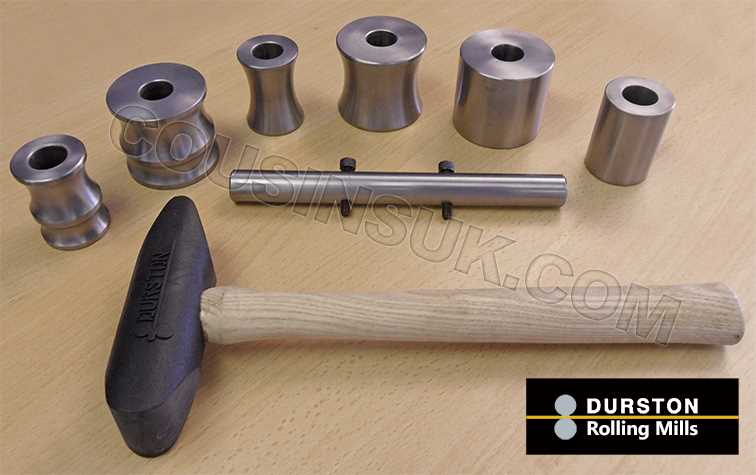