Add to Favourites
An anvil is an important bench craft persons basic tool, a block with a hard surface on which another object is struck. The inertia of the anvil allows the energy of the striking tool to be transferred to the work piece. In most cases the anvil is used as a forming tool. Before the advent of modern soldering/welding technology, it was a primary tool of metal workers. Because anvils are very ancient tools and were at one time very commonplace, they have also acquired symbolic meaning beyond their use as utilitarian objects.

We have large selection of anvils in stock from mini to large made from best grade steels and exceptional polished finishing.

The majority of our anvils also have a pritchel hole. A pritchel hole is a round hole in an anvil. Its primary purpose is to provide clearance for punching tools, but it can also be used to hold tools that have round shanks. Pritchel tools are tools such as punches whose functions do not require them to be held at a particular orientation. 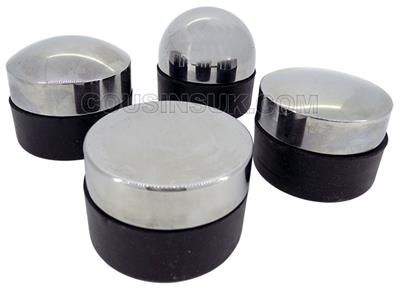 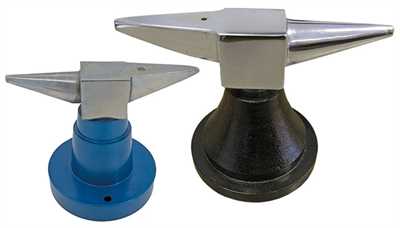